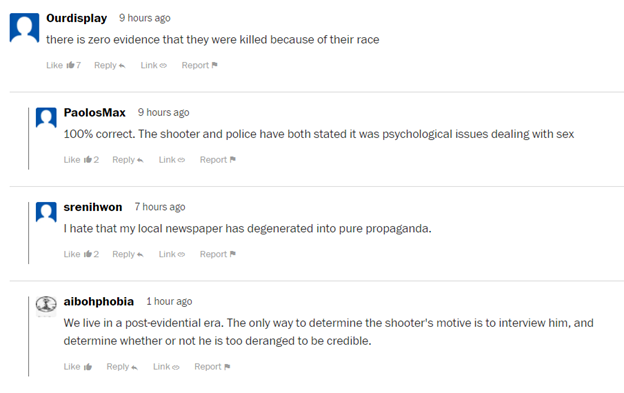 IGGI stands with others against AAPI hate and calls attention to racialized harassment and racialized sexual harassment (i.e., targeting victims due to both race, sex and/or gender).

Stopping these hate incidents requires broad education regarding a history of bias and discrimination in these domains.

Notably, the anti-Asian attitudes that have become apparent in today’s media are not new, although they have been heightened by events during the coronavirus pandemic.

During press conferences following the killing spree, “Capt. Jay Baker of the Cherokee County Sheriff’s Office stated that the events were the result of the suspect having ‘a really bad day’,” leaving the impression that he accepted the suspect’s contention that these shootings were not racially motivated (i).

The Atlanta incidents were perpetrated by someone who exoticized, dehumanized and denigrated his victims as threatening and dispensable objects.

Asian women were  2.3 times more likely than Asian men to report hate incidents based on data collected by #StopAAPIHate over the last year (xi). Reports underscored the harassment that Asian American received due jointly to sexism and racism.