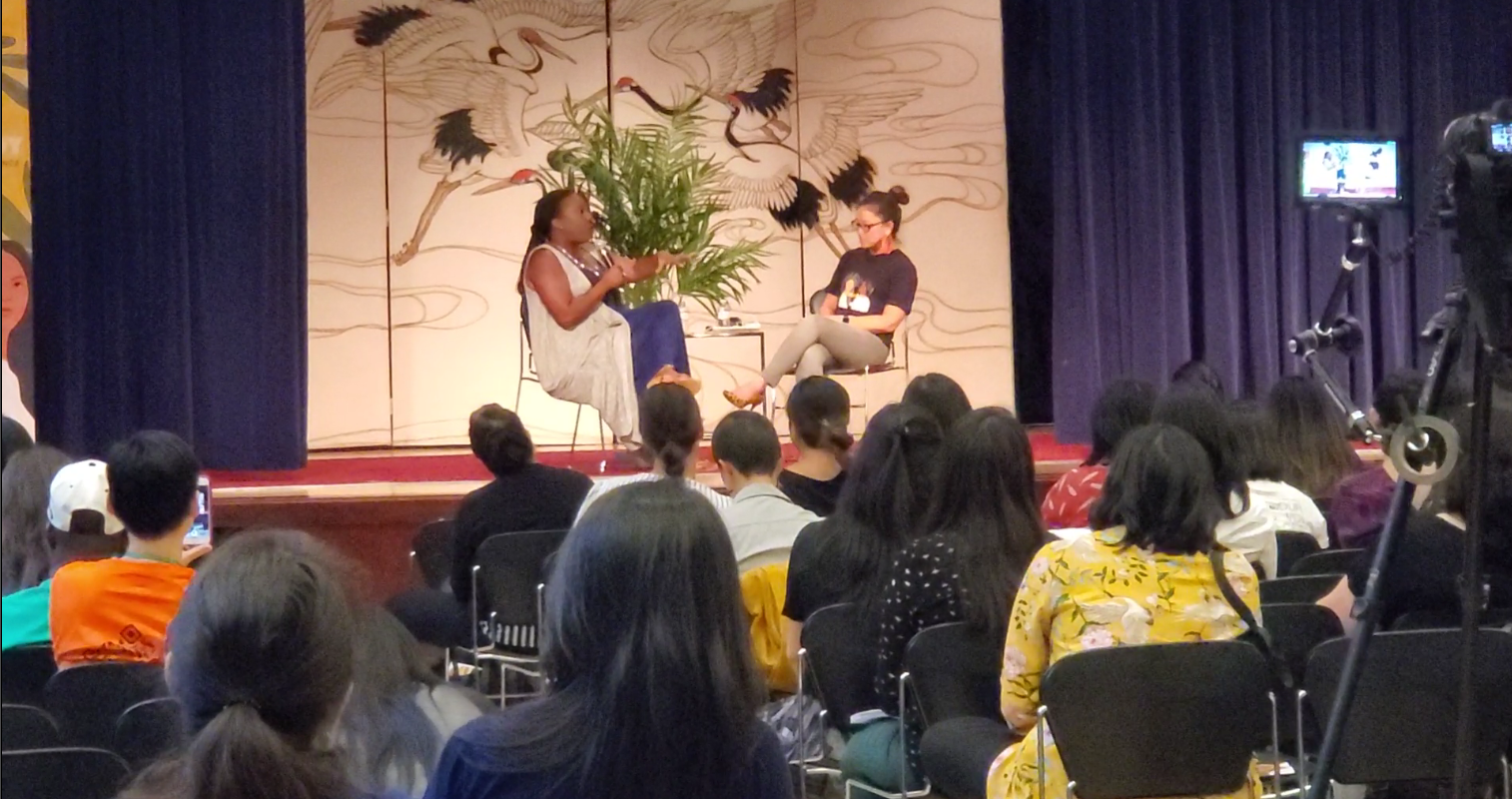 Ms. Tanara Burke, founder of the #MeToo Movement, served as keynote speaker and participated in a fireside chat with Dr. Connie Wun, Co-Founder of AAPI Women Lead. The conference took place on September 20, 2019 in Oakland, CA on violence, healing and solidarity within Asian and Pacific Islander communities [1]. Here are Ms. Burke’s thoughts on solidarity.

On Solidarity according to #MeToo Founder Tanara Burke

#ImReady and #MeToo remind us that victims of sexual harassment, stalking, sexual assault and other other forms of sexual violence are not alone, even as the struggle to heal can provoke isolating feelings of shame, denial and blame among individual victims and the groups to which they belong.

A central theme of #MeToo from its inception has been solidarity. In response to the suffering that she witnessed among young survivors of sexual violence, Ms. Burke started the #MeToo Movement in 2006 “to spread a message for survivors: You’re heard, you’re understood” [2]. On October 15, 2017, Alyssa Milano tweeted, “If you’ve been sexually harassed or assaulted write ‘me too’ as a reply to this tweet” [3] She included a suggestion from a friend in her tweet, “if all the women who have been sexually harassed or assaulted wrote ‘Me Too’ as a status, we might give people a sense of the magnitude of the problem” [4]. Rose McGowan, a prominent critic of Weinstein, also spoke courageously about her experiences [5]. #MeToo burst into public consciousness in 2017 but it is the work of women and their supporters in solidarity that will hopefully continue to make a dent in effectively addressing sexual harassment and sexual violence and hopefully set us on a path of greater accountability, recognition of retaliation and healing.

Ms. Burke’s remarks on Friday fostered greater insight into solidarity. Speaking about prominent spaces with a lack of clear understanding regarding the victimization of Native American women, Ms. Burke stated,

“If you have an entry point into spaces where you can bring another understanding, part of solidarity says…I feel a responsibility in solidarity with that community…to bring that information into those spaces.”

In other words, solidarity means heightening salience or awareness about suffering in marginalized communities that might not have voice or otherwise be absent from the conversation.

Solidarity necessitates that we do more than empathize with people like us. It means that we surmount traditional group boundaries such as those posed by race and ethnicity in order to understand universal struggles like violence against women as we strive to achieve equal protection under the law for our partners, wives, sisters, mothers, daughters, friends, neighbors, colleagues and more.

During the fireside chat, we were also reminded that conference leaders manifested solidarity by crossing racial and ethnic group boundaries to honor Ms. Burke (an African American activist) at a conference focused on empowering Asian and Pacific Islander communities.

Hopefully, we each can remember to be attuned to meaningful issues facing other, othered and othering groups at the intersection of race, ethnicity, gender and sexual orientation, as well as to prominent (and to less-known) contributions to ongoing developments in American social and political life and in our public policy.