IGGI on Medical Ethics at ASPA 2018 in Denver, CO 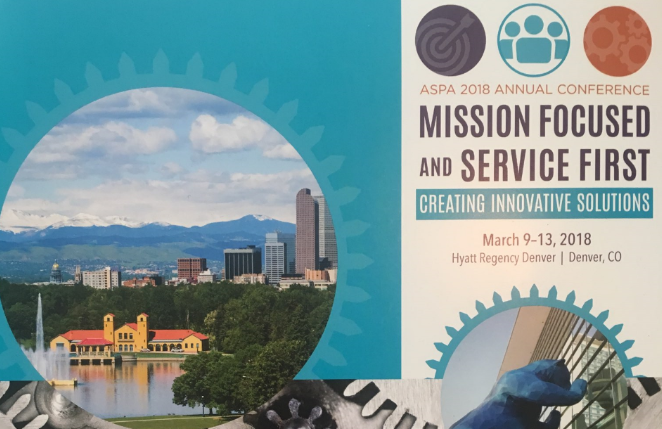 On March 13 of 2018, IGGI’s Dr. Le delivered a talk about “Medical Ethics, Respect for Persons and Conflicts of Interest” at the annual meeting for the American Society for Public Administration (ASPA) in Denver, Colorado. Dr. Le highlighted evolutions in policy on informed consent, financial conflicts of interest for medical school faculty and other researchers, as well as challenges to pragmatic oversight approaches and our current interpretations of the law.

Although substantial violations of respect for persons are reported prominently in the media, loopholes regarding financial conflicts of interest are pervasive. According to Dr. Art Caplan, professor of bioethics at the University of Pennsylvania[1],

“It’s a wild, wild West out there in tissue land, with few sheriffs and a lot of shady characters meeting in the back rooms.”

For example, Pro Publica reported in 2014 that many leaders of teaching hospitals had close ties to drug companies, which pose significant financial conflicts of interest for doctors treating patients with pharmaceuticals [2].

New technologies will complicate oversight further. Although promising, some of these technologies are difficult to detect when abused. For example, consider that advances in nano technologies are becoming increasingly small (the size of a grain of sand [3]), pervasive (many are designed to monitor the human brain [4]), and wireless (signaling and data capture without wires [5]). How prepared are we to conduct oversight given potential abuses?

A copy of the presentation is available directly from the American Society for Public Administration here.

Alternatively, see the PowerPoint from this talk imbedded below.