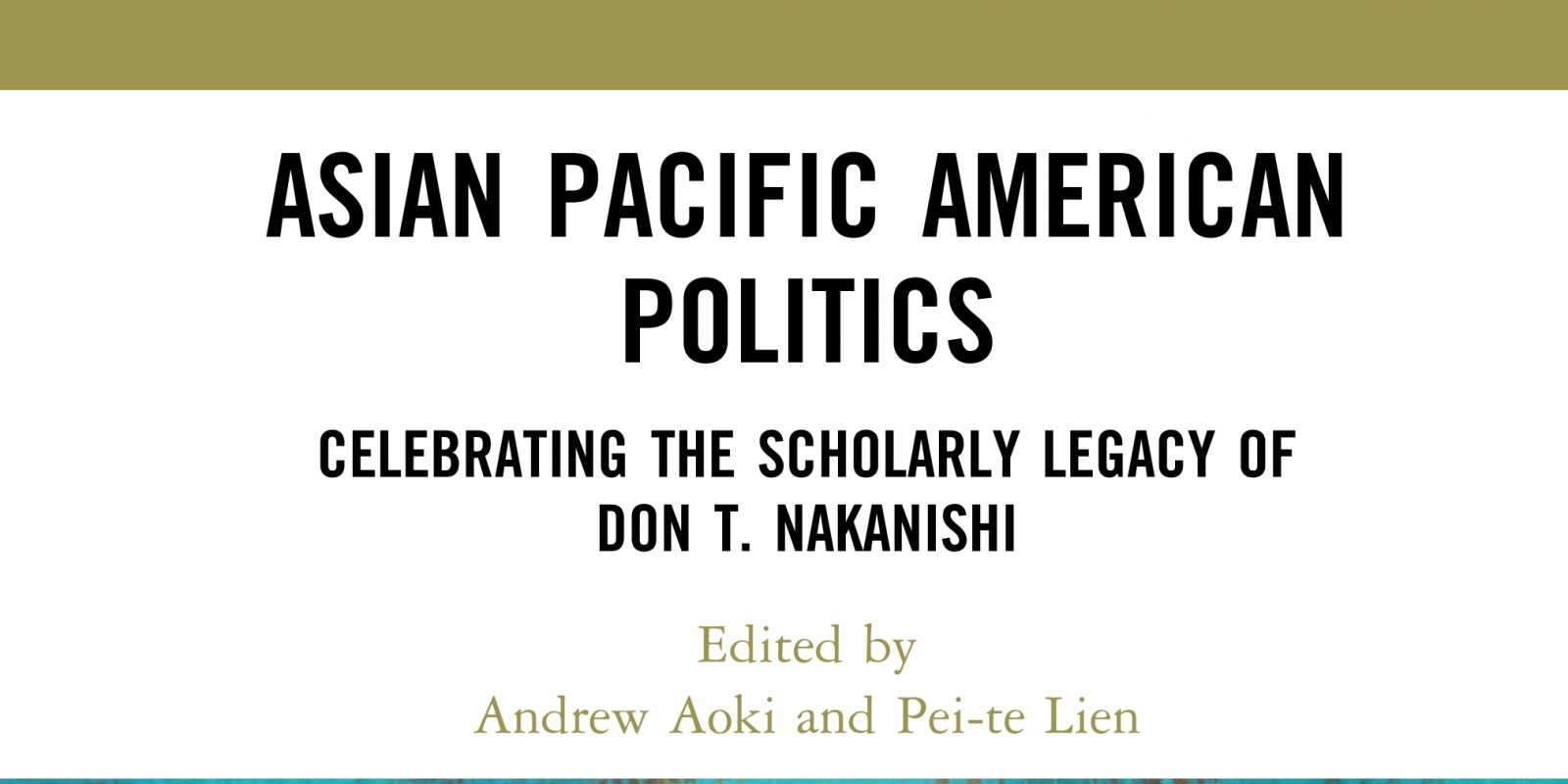 We want to share with you the announcement of a book publication entitled Asian Pacific American Politics—Celebrating the Scholarly Legacy of Don T. Nakanishi (Routledge 2020). Arguably, the book comprises the most comprehensive and updated collection of works  in the field. Click here or see below for the book description as well as for the table of contents.
IGGI’s Dr. Le is co-author of Chapter 7, “Party Identification and the Immigrant Cohort Hypothesis: The Case of Vietnamese Americans by Loan Kieu Le and Phi Hong Su“

Asian Pacific American Politics presents some of the most recent research on Asian American politics, including both quantitative and qualitative examinations of the role of Asian and Pacific Islander Americans in some of today’s major political controversies.

In the highly polarized politics of the United States in the early 21st century, non-Black racial minorities such as Asian Americans and Pacific Islander Americans will increasingly find themselves swept into the epicenter of many of the divisive controversies. This timely volume presents the latest scholarly research on some of these issues, examining questions such as Asian American support for #Black Lives Matter, responses to racially-charged attacks, and the differences in the political socialization, politicization, and community-based activism within and across sectors of the Asian American population. In addition to examining political identity, voting participation, political mobilization, transnational politics, and partisan formation, the volume also investigates important, but little discussed, issues such as the Native Hawaiian sovereignty movement, political incorporation of Filipino Americans, and the struggle to establish “comfort women” memorials in the United States. Contributors also examine, through dialogues, how Asian Americans fit into the larger world of American racial politics, the extent to which they are likely to build coalitions with other communities of color, and the boundaries and contours of Asian American political theory.

Exploring and Expanding the Political World Pioneered by Don T. Nakanishi, Asian Pacific American Politics will be of great interest to scholars of race and ethnicity in American politics, immigration and minority incorporation, ethnic identity politics, and political participation and democratic inclusion of Asians. The chapters were originally published in Politics, Groups, and Identities.

2. From emotion to action among Asian Americans: assessing the roles of threat and identity in the age of Trump by Davin L. Phoenix and Maneesh Arora

5. Coalition building and mobilization: case studies of the comfort women memorials in the United States by Mary M. McCarthy and Linda C. Hasunuma

7. Party Identification and the Immigrant Cohort Hypothesis: The Case of Vietnamese Americans by Loan Kieu Le and Phi Hong Su

12. “Now we know”: resurgences of Hawaiian independence by Noelani Goodyear-Ka’opua

14. Are ballot box issues enough? Nakanishi’s indication and the case for Asian Pacific American transnational Politics in an age of domestic disruption by Christian Collet

19. When Race No Longer Predicts Minority Status and Identity by Pei-te Lien

20. Asian Americans and the Rainbow: The Prospects and Limits of Coalitional Politics by Karthick Ramakrishnan