New IGGI Collaboration: Oversight Re Violence Against Women on Campus 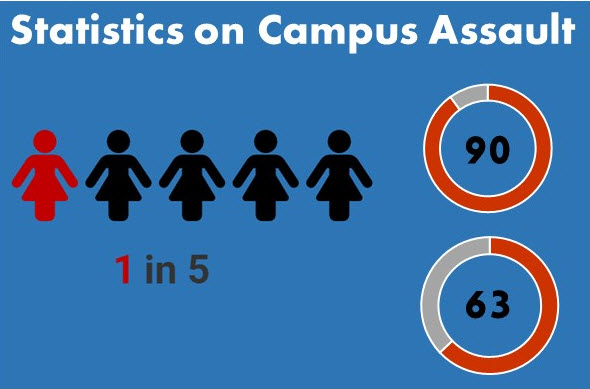 Violence against women affects everyone. How is it possible that our systems of protections in this domain have failed over and over again, especially on college campuses where we send our children off to grow and to test out adulthood within the safety net of established institutions that are supposed to be specifically designed to nurture our children? What oversight processes can be improved?

IGGI announces a collaborative research project on sexual harassment, stalking and rape on college campuses using a handful of prominent case sites for a controlled comparison. Universities are and should be well loved for teaching and research accomplishments — but a concern for accomplishments and reputation should not contribute to violations of equal protection and an adherence to respect for persons for each and every member of the campus community. Through the analysis of case information and statistical information available from public records requests, IGGI will identify gaps to oversight of implementation regarding federal and university regulations that affect patterns of violence against women. A new twist with the growth of Homeland Security is that given how many campuses have institutionalized Homeland Security resources (with public safety and intelligence gathering support), what is preventing this vast public investment in campus safety from facilitating due process for both complainants and defendants?

Here is a breakdown of key components —

Decades in, Ongoing Problems with Due Process for Complainants of Sexual Harassment, Stalking and Rape:
It seems obvious that supervisors should know what to do when a complainant steps forward, but recent reporting includes statements such as: “certain UC Berkeley faculty and staff are not properly trained in responding to and reporting incidents of sexual harassment and sexual violence” (Veklerov 2014). Although many universities have formal offices and policies published in manuals, there are numerous scandals reported on in the media that are consistent with an implementation of these policies that is lacking. The processing of complaints appears asymmetrical, however, with “failing to adequately investigate complaints of sexual assault” (Wong 2016) as a common theme. Do employees in these failed cases of due process lack the wherewithal in terms of motivation, support, resources, or knowledge or along some other dimension in order to effectively address protected disclosures regarding sexual harassment, stalking and rape? Continuing with our first example, “[Sofie Kerasek] and more than two dozen other students filed a Title IX complaint against Berkeley in 2014…students tried to make the point again that the school was accused of mishandling cases decades ago” (Kingkade 2016). In recent months, the Chancellor has resigned due to perceived failures in proper handling of faculty sexual harassment complaints (Anderson 2016). The Provost (Firger 2016) and the Dean of the Law School (Hussain and Yoon-Hendricks 2016) resigned as well.

IGGI’s Research Project Details: A research project in this domain is timely and central to IGGI’s mission of facilitating respect for persons, transparency  in government, the rule of law and democratic inclusion.

“a pattern of malpractice” that “might as well be an open letter to women on campus telling them (that) if powerful people around here mistreat you, we will protect them and punish you if you complain.”

Federal laws are already in place. University policies and institutional resources for appropriate administrators and offices are also in place. UC Berkeley has been reported for prominent examples of failed due process regarding sexual harassment, stalking and rape victims but there are others. Training, culture, leadership, whistleblower retaliation, type and frequency of auditing procedures and a concern for public relations are all important explanatory factors for ongoing violations across campuses. Are any important areas unidentified? For example, training for many employees and supervisors is online and fairly minimal vis-a-vis commitment from the university community. Are there more effective ways to ensure understanding and compliance? Which university models are most successful and what can we learn from them? Are there novel yet promising recommendations that oversight professionals can advance for the rule of law?

Progress has been made with public recognition of its importance. Going forward, the issue merits more attention, support and greater moral regulation by all members of the campus community.